12 Experts Comment: What Oil Below $30 Means for Efforts to Tackle Climate Change

The oil price slide below $30 a barrel is reverberating through the global economy. With sanctions against Iran being lifted, prices face further downwards pressure.

The new lows come after prices spent much of the past year around the $50 mark, as Saudi Arabia’s attempts to win back market share from U.S. shale firms produced limited results. 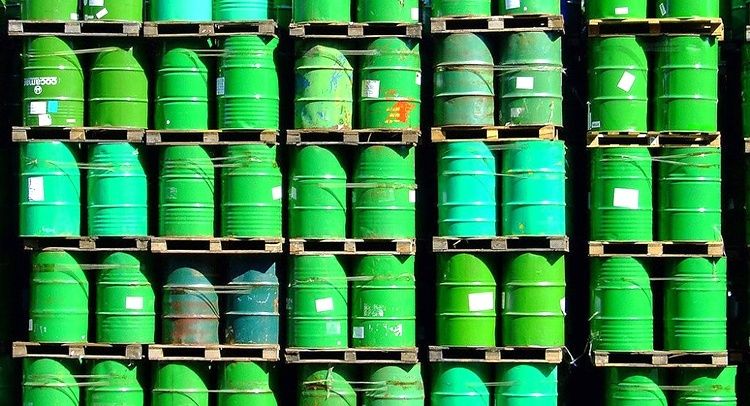 The oil price slide below $30 a barrel is reverberating through the global economy. Photo credit: Sergio Russo / Flickr

There are recessions in Russia and Brazil. Saudi Arabia is burning through its reserves, its stock markets are in freefall and its population is feeling the squeeze, as it looks for new sources of cash.

Fossil fuel subsidies are being cut, from Saudi Arabia to India and Bahrain. The UAE is looking towards a life beyond oil. Oil majors are facing hard times, too, with BP set to axe 4,000 jobs as the total of shelved oil investments breaches $400bn since the price slump began in late 2014.

For all that, some papers have found reason for optimism.

An editorial in The Times says cheap oil is “bolstering Britain’s recovery.” The Financial Times says cheaper oil “may not be good for the prospects of reducing carbon emissions in the near term, but it is certainly of significant net benefit for the global economy and employment.”

With some predicting oil could fall as low as $10, an article in the Guardian looks at the tax, consumer and jobs effects for the UK.

From a global perspective, cheap oil might raise demand as well as putting pressure on oil producers. If oil remains cheap, the incentive to keep burning it could be stronger.

So, what does $30 oil mean for efforts to tackle climate change in the wake of the Paris agreement signed in December? Carbon Brief asked a range of experts for their views.

“$30 oil changes very little. The political will to act [on climate change] will be confirmed (or set back) by the outcome of the U.S. presidential election, which is the most important event of the year for the climate agenda.

“The actual response to the climate issue will come from science and technology and progress across a range of possibilities from solar to storage continues and looks encouraging. A fall in oil prices—temporary or more permanent has very little impact on that.”

“Low oil prices create broader macro-economic uncertainty that may distract some oil-revenue reliant governments from the commitments they have made in their INDCs [intended nationally determined contributions to the Paris climate deal]. In general, however, low oil prices provides governments that are heavy subsidizers of fossil fuels an excellent opportunity to rein in those subsidies and this should accelerate the transition to a low-carbon economy.

“One key negative impact might be a slowing in the penetration of electric and hybrid vehicles. For example, in the US., there is already a slow down but this has not been seen in other automobile markets where fuel taxation is more material. As the price and range of new electric vehicles continues to become more favorable relative to petrol-based cars, the adoption of electric vehicles will continue to dampen demand for oil despite low oil prices.

“In terms of other market impacts, continued oil price volatility could remain a factor influencing solar stock valuations. There is, however, no fundamental connection between the price of oil and solar market fundamentals in most regions and so savvy investors may also look at this as an opportunity to enter the market for stocks that are weighted towards climate solutions.”

“Oil resources deplete at about 10 percent/year which means that to maintain its reserve ratios the oil industry has to find and bring into production 10 percent/year of new resources. The $30/bbl. has cut just under $400bn from future investment and there is more to come. This is going to make replacement difficult.

“Prices will bottom at some point and then begin to recover but investment might not as in the meantime investment in efficiency and renewables and social change, continue to undermine growth projections. Furthermore, I suspect it will turn out that a lot of oil assets were over-valued and many investors and bankers will have been burnt by the price collapse.

“The world is likely to continue to become more turbulent. This will lower the appetite of investors for high risk, high capital projects with a long lead time to revenues flowing. This appetite will be further lowered if, as seems to me likely if prices do not rise rather rapidly, the oil companies have to cut their dividends. Since investors have to invest in something I suspect we will continue to see rising investment in renewables as a safer bet.

“In other words we could be seeing the top of a death spiral for the international oil companies.”

“Low oil prices are unlikely to have a sustained impact on global efforts to tackle climate change. The cost of renewables is also falling and policy drivers to lower the carbon intensity of power generation in the U.S., EU, China and elsewhere are still in place.

“Oil is also not a direct competitor to renewables, although prices for gas and coal, which are direct competitors, have plunged too. Nevertheless, last year global emissions stalled (as in 2014) and clean energy investment reached a new high: despite the fall in oil prices since mid-2014. Low oil prices are not good for electric vehicle sales or biofuels, but the transition towards lower carbon energy systems overall will survive the oil price plunge.”

“Energy companies are acutely aware of the importance of cost reduction right now and probably have less time to think about the low carbon transition. The lower crude price in regions with high production costs will also accelerate decommissioning of older production infrastructure, but companies will seek to maximize production and cashflow in the short run. Governments which subsidise fossil fuels are finding it easier to cut these subsidies.

“From an investor perspective, we may see them start to question what proportion of their portfolios should be in fossil fuel companies and this could have a knock on effect on sectors such as asset management and pensions for example. Many are already asking how exposed energy companies are to changes in climate policy.

“For consumers, cheaper petrol means drivers may be less concerned about fuel economy and driving longer journeys. As the performance and ‘cool’ factor of electric and hybrid vehicles on the market improves, the total cost economics of buying them becomes less of an issue. But with low oil prices people may still be less inclined to take this option.”

“The low oil price provides a window for countries to implement fossil fuel subsidy reform, currently estimated at around $550bn annually by the International Energy Agency. The collapse in prices means governments can now look again at these subsidies while still keeping prices for consumers lower than when oil was closer to $100 per barrel. The savings in fossil fuel subsidy expenditure could be channelled to support low carbon development.

“Low oil prices, which also impact natural gas contracts that are indexed to oil, have led to the cancellation of plans to develop new fossil fuel reserves. To the extent that this creates a shift of capital into low carbon technology, as banks such as Goldman Sachs and Barclays have indicated, this will enhance the implementation of the Paris deal. However, cheap oil may also increase demand and impact the relative competitiveness of renewables in the short-term. How these two effects play out will be critical for shaping the future business environment for energy investment.”

“For renewable electricity, oil is sufficiently decoupled from the market that it’s possible renewables will be relatively unaffected. If natural gas follows the oil price though, that could put pressure on renewables, underlining the need for a robust carbon price.

“In the UK the way the Levy Control Framework it is calculated means lower wholesale gas prices make it seem more expensive, despite the fact that consumer prices are not affected. Perhaps more importantly though, in the wake of Paris it’s clear that business-as-usual cannot continue and countries which previously relied on oil to support their economies will need to find a new way forward and many may start to look towards renewables.”

“The smart money will continue to flow into renewables, regardless of the price of oil. Despite last year’s low oil prices, solar and wind attracted a record $329bn dollars in investment. They are increasingly cost-competitive, even with low priced fossil fuels. Moreover, we’ve seen oil prices go dramatically up and down, often without warning and that volatility is making investors cautious.

“With the costs of building renewables falling and zero (and stable) costs for wind and solar fuel, there’s just no contest for forward thinking investors. And, finally, $30 oil has now made production of more polluting unconventional oil uneconomic.”

“$30 oil is a threat if it leads to higher energy use and less focus on low carbon alternatives but could be used to make the transition to low carbon—with associated cost reductions—relatively painless for consumers. In the UK, the levy control framework mechanism needs to be looked at again to prevent low fossil energy prices disrupting the money available for low carbon generation.”

“Primarily, [$30 oil] means trouble for oil producers, casting doubt over the profitability of new investments and potentially leaving more oil in the ground than otherwise might have happened—a climate win.

“The countervailing concern is that low prices lead to a surge in demand, thereby bolstering those companies. But this seems unlikely based on current events: the source of the low price is not just a supply glut but also an economic slow down and booming renewables—not conditions that are conducive to surging oil demand, even when prices are low. 2016 will still be a record year for renewables.”

“Much is made of the likelihood that the collapse in the oil price serves to incentives greater consumption and delay the ongoing low-carbon energy transition. However, one must not overlook the impacts that support this transition.

“For example, Wood Mackenzie showed this month that oil majors have cut spending on new projects by $400bn since the oil price crash, keeping these reserves in the ground. At the very least it delays their production to a future where the regulatory and market landscape may be less favorable.

“Furthermore, Bloomberg New Energy Finance also showed this month that the lower oil price has not impeded investments into renewable technologies in any way—2015 saw a record $329bn investment into renewables such as solar and wind.”

“All else being equal, economic theory would suggest that the falling price of oil and gas would lead to an increase in consumption of oil and gas, with people driving their cars further and heating their homes more. This could increase or slow down the fall, in greenhouse gas emissions. However, the evidence suggests that it takes quite a while for people to respond to movements in energy prices and change their behavior—energy use is relatively price inelastic, at least in the short term.

“There is significant inertia towards improving energy efficiency and reducing energy use in the UK—for example consumption of electricity and gas in homes has dropped by 23 percent over the last decade (or by 28 percent per person if you strip out the effect of population growth). It remains to be seen how consumers respond to the new lower energy price environment over the long term.

“Low fossil fuel prices should also in theory have a negative impact on investment in low carbon energy sources, as they become relatively more expensive compared to fossil fuels. However the evidence seems to suggest otherwise: data from Bloomberg New Energy Finance shows that global investment in clean energy hit a new record of $329 billion in 2015, up 3 percent on the previous year.”

Half of U.S. Fracking Industry Could Go Bankrupt as Oil Prices Continue to Fall