CNN aired the pro-nuclear power film Pandora’s Promise last night, which propagated three common myths about nuclear power: it suggested the environmental movement’s “scare tactics” are what has inhibited nuclear power, claimed nuclear power is cheaper than renewables and downplayed complications from nuclear waste. This led to a generally one-sided story, which has led to criticism from many reviewers. 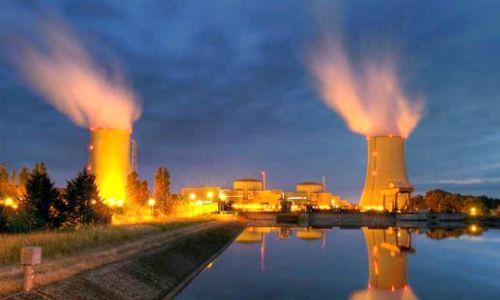 The enormous cost of building nuclear power plants is a key inhibiting factor for the energy source. Despite receiving immensely greater subsidies than renewable energy from the beginning of its development, nuclear energy is still not competitive with fossil fuels in the U.S., and new wind energy is estimated to be less expensive than new nuclear generation. Yet the Breakthrough Institute’s Michael Shellenberger asserted that nuclear power is “a much more economical alternative to very expensive solar panels or very expensive wind turbines that require backup power.” He also dismissed renewable energy and energy efficiency, one of the cheapest ways to address climate change, as a “religion.”

Renewable energy prices have actually been dropping while the costs of nuclear are on the rise—as nuclear power has scaled up in France and the U.S., so have the costs of power plant construction. Meanwhile, solar prices have dropped 99 percent in the last quarter century, and solar and wind energies are predicted to be cost-competitive with fossil fuels—without the use of subsidies—by 2025.

Pandora’s Promise focused on opposition to nuclear power from some in the environmental movement. In the film, author Mark Lynas even compared anti-nuclear activists to global warming deniers. However, this narrative paints a misleading picture: the lack of nuclear expansion in the U.S. comes down to a simple case of economics. Currently, nuclear power cannot compete with gas-fired power. As the libertarian Cato Institute’s Jerry Taylor explained that there’s “zero evidence” that environmental opposition is preventing new nuclear power plants, a myth that he said has been purported by nuclear advocates who “like to dodge the cost estimates.”

3. Whitewashed The Issue Of Nuclear Waste

Although nuclear power has potential to become a major power source, it comes with baggage. The U.S. has accumulated more than 70,000 metric tons of spent nuclear fuel, and continues to accumulate  2,200 tons per year, yet CNN’s documentary made light of this waste—Lynas claimed that nuclear waste is “not an environmental issue.”

The Associated Press reported that the nation “has no place to permanently store the material, which stays dangerous for tens of thousands of years.” Most of this waste currently “sits in water-filled cooling pools like those at the Fukushima Dai-ichi” at the power plants themselves, some of which “contain four times the amount of spent fuel that they were designed to handle.”

The film also failed to mention leaks that currently challenge the upstate New York power plant, Indian Point. According to the Union of Concerned Scientists, the plant experiences consistent leaks during refueling, though the Nuclear Regulatory Commission did not act on this. The scientists called the status quo of nuclear waste cleanup “untenable,” yet CNN’s documentary barely glossed over this ongoing issue.