6 Reasons Al Gore Believes ‘We Will Prevail’ in Climate Fight

Al Gore is truly optimistic about the future of humanity and our ability to address climate change. He admitted to the TED2016 audience in Vancouver on Wednesday that “every night on the news is like a nature hike through the Book of Revelation.” But he maintained, “I am extremely optimistic. We are going to win this. We will prevail.” 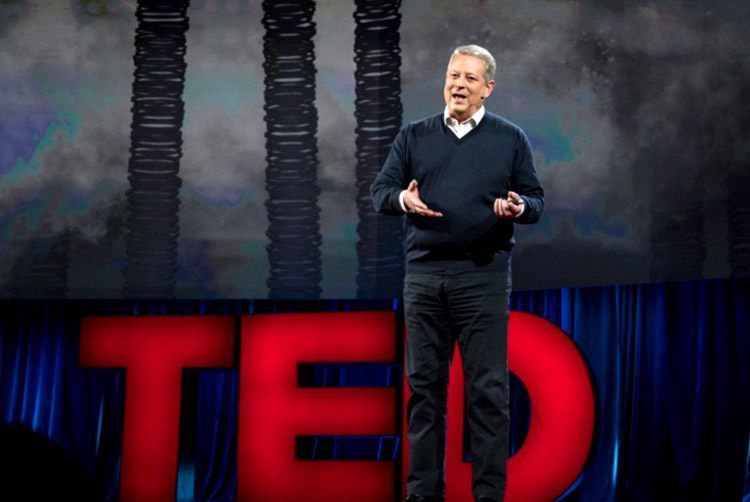 Al Gore struck a note of optimism during his TED2016 talk in Vancouver on Wednesday. “Change can happen faster than we think,” he argued.

The former vice president began his talk by highlighting the extent of the problem. He flashed images of flooding in Miami, Chile and India, fires in Australia and ice melting in the Arctic. Greenhouse gas emissions are trapping energy in Earth’s atmosphere at a rate “equivalent to exploding 400,000 Hiroshima atomic bombs per day 365 days per year,” Gore said, quoting climate scientist James Hansen.

“It’s a big planet, but that is a lot of energy,” Gore added.

Despite all this, Gore remains hopeful, arguing humans can and are changing. “Some still doubt we have the will to act,” Gore said. “But I say the will to act is itself a renewable resource.”

1. In 1980, AT&T was curious how many people would adopt “big, clunky” cell phones in upcoming decades, so they commissioned a McKinsey study to forecast cell phone use by the year 2000. Their projection: 900,000 users. “That did happen,” Gore said, “in first three days.” They hugely underestimated because they didn’t account for the fact that the quality would improve and the cost would come down, both things happening with renewable energy.

3. As for solar power, projections 14 years ago said that we could install one gigawatt per year by 2010. “We beat that mark by 17 times over,” Gore said. Last year, we beat it 58 times over. And this year, it looks like that will bump up to 68 times over. The point: solar power is increasing exponentially.

4. The cost of renewable energy has come down 10 percent per year for 30 years. “We are close to reaching grid parity—that line, that threshold below which renewable is cheaper than electricity from burning fossil fuels,” he said. “This is the biggest new investment opportunity in the history of the world.”

6. And then there’s the fact that on Dec. 12, 2015, 195 governments came together in Paris, under the United Nations, and decided to intentionally change the course of the global economy in order to protect the earth, as described by Christiana Figueres. The year before that 400,000 people marched in New York in support of climate change advocacy.

NASA: 4 Billion People at Risk as ‘Water Table Dropping All Over the World’