By American Renewable Energy Institute / As You Sow / Divest Invest 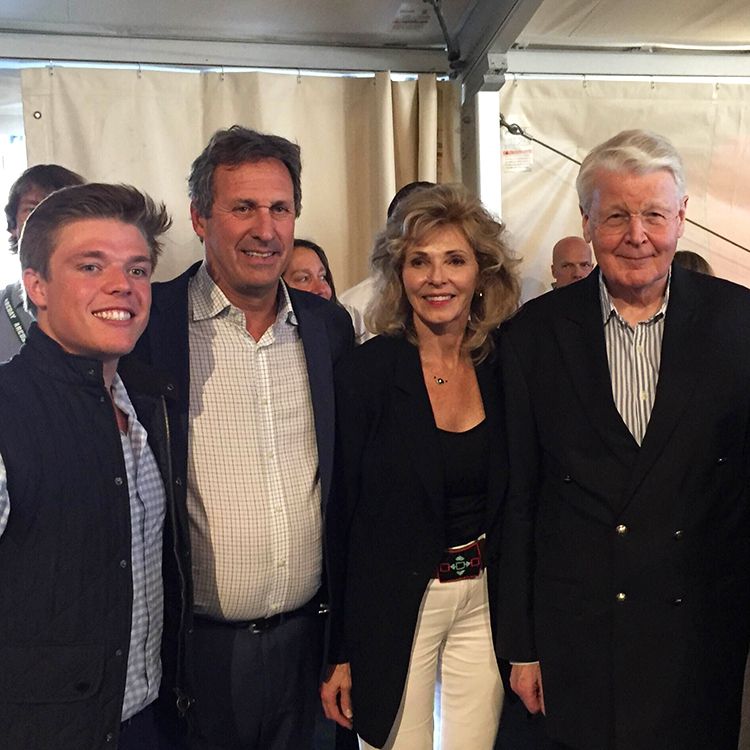 “AREDAY moves private and public sector innovators from discussion to action in one week,” Chip Comins, AREI chairman and CEO, said. “Because we take our role in the energy transition seriously, each of us is willing to do what it takes today to get us all closer to a fossil free world tomorrow.”

If governments signaled to investors from Paris that the world is on course to carbon neutral energy systems, AREDAY participants, like Iceland President Ólafur R. Grimsson and former NATO Supreme Commander and U.S. Army General Wesley Clark, are growing the group of first adopters which also includes Leonardo DiCaprio, Rockefeller Brothers Fund and others managing a combined $3.4 trillion in assets.

Aspen is no stranger to the impact and influence of big money. Amidst the financial power of Pitkin County stakeholders, AREI works to accelerate implementation of renewable energy and efficiency projects scaled to respond to current environmental and economic challenges. It does so while taking account of its personal level too.

“It’s always been important to reflect our values in our conferences,” Abby Stern, lead AREDAY organizer, said. “This year, we saw an opportunity coming out of Paris to raise the bar and ask our big thinkers and doers to go even further.”

Vanessa Green, director of Divest Invest Individual, a global campaign helping accredited and retail investors accelerate the energy transition, agrees. “This is the kind of individual-meets-group leadership that will bring us to climate stabilization,” she said. “We need everyone throwing weight behind the new economy and flipping the status quo—from how you run a conference to how you invest.”

Several AREDAY participants have experienced the financial and moral rewards of investing in alignment with their values for some time.

“While we can’t remove all fossil fuels from our lives overnight, we can make lifestyle choices to build a better future. This is why I own an electric car and have solar panels on my roof,”Leilani Münter, a racecar driver and environmental activist, said. “I’m happy to say I never invested in fossil fuels, all my investments are in clean energy. Fossil fuels are on the way out, it’s time to leave them in the ground.”

Fossil fuel-free portfolios continue to demonstrate similar or greater returns when compared with standard benchmarks. Long-time conservation advocate Maggie Fox remembers when she, along with her husband Mark Udall, a former U.S. Senator, divested from fossil fuels over a decade ago.

“As nonprofit public servants, investing for our children’s future in a manner that honors our values has always been paramount,” Fox said. “I am excited for other parents to learn that there really is a way to save and grow one’s assets in a manner that protects our shared future.”

As Peabody Coal files for bankruptcy and ExxonMobil spends more on its dividends than its current cash flow, the financial risks associated with fossil fuel investments increases.

“Carbon risk is real,” Andy Behar of As You Sow, an advocacy group moving corporations into greater responsibility, said. “The companies, institutions and investors who respond to that risk and the shifting financial landscape will be winners in the clean energy economy.”

In the words of John R. Seydel, a six-year AREDAY veteran and eldest grandson of media mogul Ted Turner, “The leadership of this community keeps me confident that we will achieve our global goals on the timeline needed.”

Here’s what other AREDAY participants had to say:

“For every dollar spent boosting renewables, nearly four dollars are spent to maintain a dangerous dependence on fossil fuels,” said Gen. Wesley Clark who approaches clean energy from a national security perspective. “On top of emissions and waste reduction, I want my finances to be part of reversing that energy equation.”

“The transition from fossil fuels to clean energy is fundamentally good business,” said Iceland President Grimsson, whose country is the world’s largest clean energy producer per capita. “Icelanders have seen seemingly small actions, from individuals, communities, companies and so on, drive markets to produce extraordinary transformation.”

“Owning fossil fuels is owning climate change,” said Clara Vondrich, global director of Divest Invest Philanthropy. “Our member foundations are breaking down the wall between philanthropic investments and grantmaking, putting their whole portfolio to work to meet the greatest challenge of our time.”

Germany Bans Fracking But Does It Go Far Enough?