Building Dams in Patagonia Will Not Mitigate Climate Change

In the Patagonia region, climate change presents a direct threat to human health and the environment. More than 90 percent of Patagonia’s glaciers are receding, endangered marine species are shifting migration ranges as the ocean warms and in some rural communities the water table has dropped so far below historical levels that water is now being trucked to people’s doorsteps. These dwindling resources like glaciers and rivers need legislation to protect them and regulate uses that could accelerate their loss. 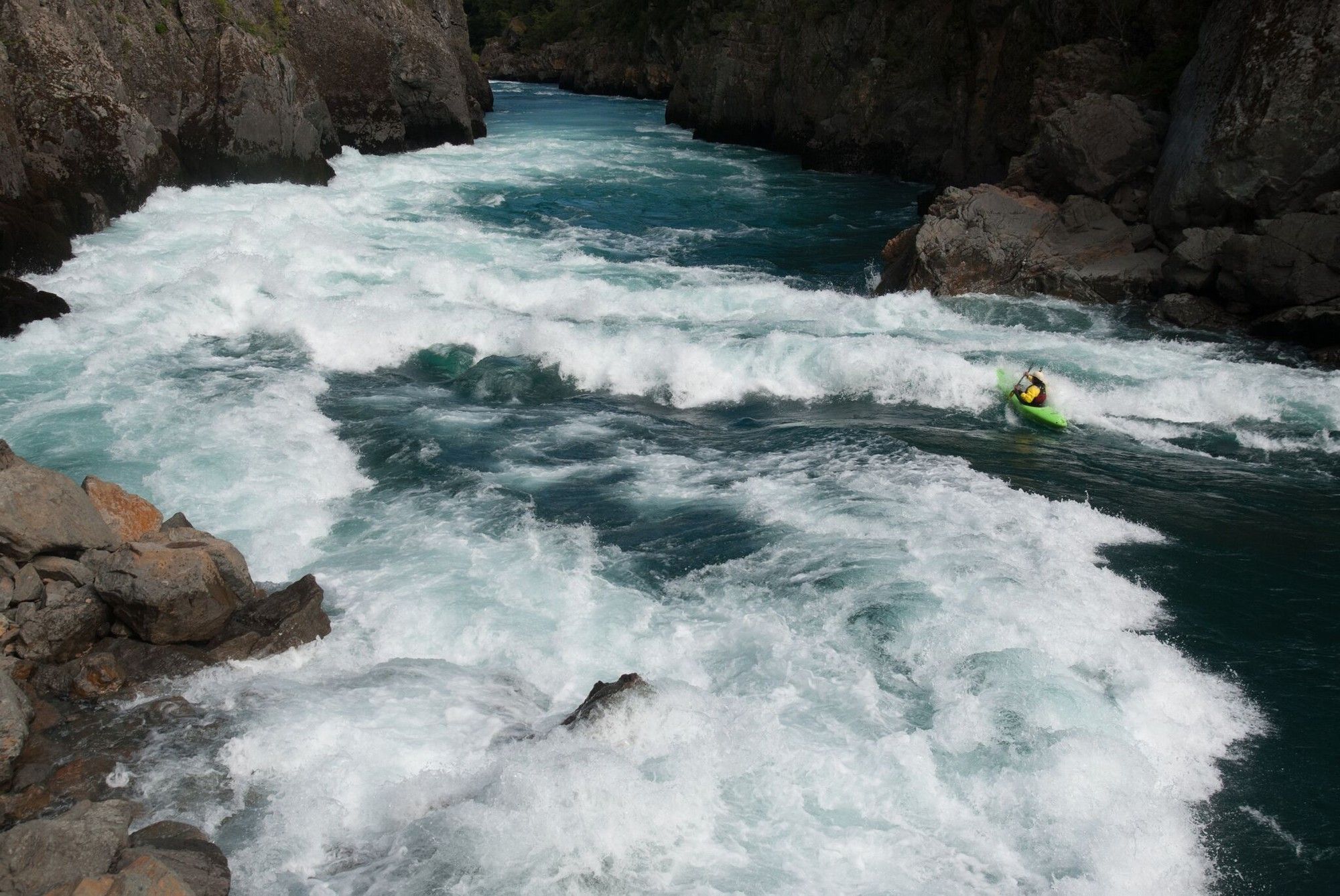 But perhaps the biggest threat to Patagonia’s rivers comes under the cloak of climate change policy. This policy is designed to favor construction of large dams in the region under the guise of cutting carbon emissions. New studies question whether Chile has to accept dams as a solution to climate change, given that a study from Stanford University shows the country could achieve 100 percent renewables without building a single additional dam. But current policy is based on models developed before other renewables like wind or solar were competitive and under a legal regime that dates back to the 1980s, long before mitigating climate change was universally recognized as a priority. The consequence is that some of Patagonia’s biggest rivers are still at risk, despite the dual role they play as effective tools in mitigating climate change and as economic drivers for the region.

From Paris to Patagonia

In late 2015, the world’s leaders met in France and reached a global climate agreement known as the Paris agreement. As part of the agreement, 189 out of 196 governments made specific, measurable commitments to reduce carbon emissions. These voluntary commitments, labeled INDCs- Intended Nationally Determined Contributions- differ for each country; some are more ambitious than others. Chile’s INDC is modeled on a carbon intensity target, which aims to reduce emissions per GDP unit 30 percent below 2007 levels by 2030 and shift energy production to renewable energies. The plan is rated “inadequate” by the researchers at Climate Action Tracker.

The problem for Patagonia is not that these emission cuts aren’t ambitious enough, but rather that corresponding energy policy looks at large dams as if they are the right answer to climate change. In 2015, the Ministry of Energy concluded Chile could achieve 70 percent renewables by 2050, which will help meet the goal of 30 percent emissions reductions. While the ministry studied different scenarios, all of the models assumed large dams would be part of the mix. Most of these large dams would be located in the south, where powerful rivers rule supreme and could run turbines year-round—albeit less and less each year. One of the many consequences of climate change in Patagonia is a pronounced drop in precipitation, which must be factored into any discussions about proper water use and management. 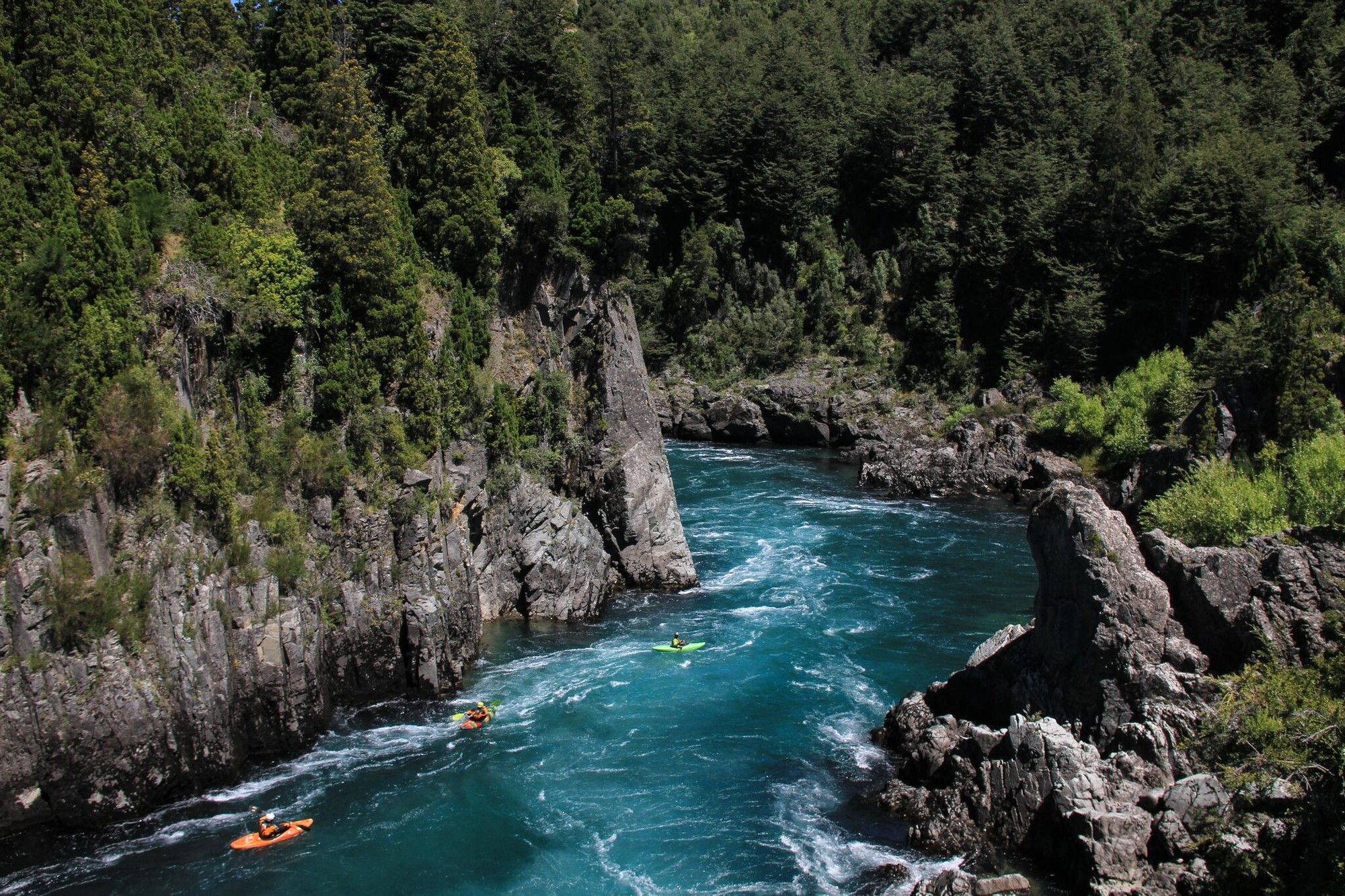 For many, more troubling than a policy that prioritizes large dams is a policy that is designed to give companies a roadmap for which watersheds should be dammed first. In 2014 the Ministry of Energy commissioned a watershed mapping study, currently in Phase II. The study assesses watersheds from the Maipo basin near the capital of Santiago to the Yelcho basin in Patagonia, home to the world-renowned Futaleufú River, which in the past has been targeted for hydro generation. This effort has triggered alarm in these communities, where local leaders are joining together to denounce both the study and the confusion generated by having a regional government that supports conservation and tourism and a national government that appears to prioritize dams.

This policy of mapping watersheds for energy generation predates what is referred to as the HydroAysen case. In 2014, this controversial dam project in the Aysen region of Chilean Patagonia had its permit invalidated. The invalidation came after years of campaigning, including research procured by the Council for the Defense of Patagonia, a coalition of Chilean organizations including international partners such as the Natural Resources Defense Council, debunking a myth that Chileans need to accept dams to keep the lights on. It also triggered a response from the private sector to seek government assurances for future dam projects, which resulted in the launch of the watershed mapping study that same year.

Prior to the HydroAysen case, it was logical for policymakers to assume as a foregone conclusion that large hydro would play a major role in Chile’s future. For many years the question being asked in Chile wasn’t whether its rivers would be dammed, but rather which ones would be first. In 2010, Chile’s first minister of the then-new Ministry of Energy announced that hydroelectricity was the country’s “main richness in terms of energy resources“. Now that the conversation has changed and other renewable technologies are both cost-effective and competitive in the energy market, policymakers can be more ambitious in calling for the protection of Patagonia’s rivers while also being pro-development.

Ultimately, getting to 100 percent renewables and no new dams would require major changes to Chile’s regulatory framework, which still benefits large development projects like dams and coal plants. The latest debate surrounds revisions to the Electricity Law. When the law was passed in 1983, large-scale dams were seen as less controversial than they are today. With so many many gigantic, glacial-fed rivers, dams would have been the only form of renewable energy that was feasible for wide scale implementation. A new bill to revise the law is being criticized for promoting large infrastructure projects like dams in Patagonia, despite being hailed as a tool to promote nonconventional renewable energies (NCREs) like wind and geothermal. 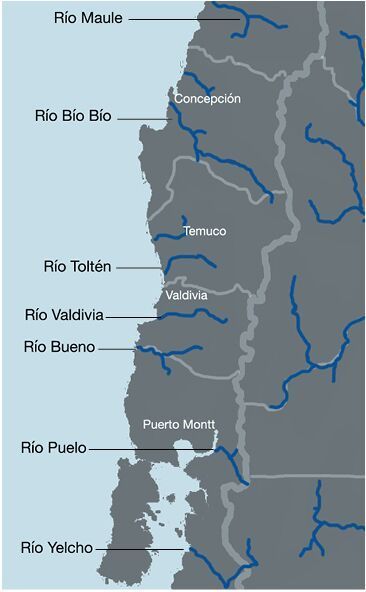 According to Juan Pablo Orrego, director of the Santiago-based environmental group Ecosistemas, the proposed bill would create development zones from Santiago to Aysen, which he and others are calling “sacrifice zones.” According to Orrego, the bill would make it easier to build transmission lines for use in shipping energy generated from Patagonia to other parts of the country or even across the border to neighboring Argentina. “Oddly enough, the bill is supposedly designed to promote NCREs, but in reality it is just promoting more megadams.”

These legislative moves, which are in keeping with a pro-dams energy policy, run counter to new research showing better alternatives.

From a global perspective, Chile is tremendously fortunate. New studies show the country doesn’t have to choose between coal—which contributes to global warming and has other social and environmental costs—and large dams, which bring their own problems. This new research could form the basis for future policymaking to address climate change, both by preserving freshwater resources and taking an ambitious approach to greening the grid.

In 2015, the NewClimate Institute in Germany analyzed the missed benefits of Chile’s INDC. Researchers concluded that Chile could save $5.3 billion USD per year and create approximately 15,000 new jobs by implementing energy policies that aimed to hit 100 percent renewable energies, with no new large hydro. The NewClimate study was submitted to Chile’s Ministry of Environment in mid 2015 by the Mesa Ciudadana de Cambio Climático, a Chilean coalition of more than 20 groups working to inform policymaking on topics like energy policy and climate justice.

Going further is Stanford University’s Solutions Project, a global initiative to catalogue each country’s energy roadmap with the goal of determining how the world can shift entirely to 100 percent clean, renewable energy. According to Stanford’s analysis, Chile can achieve 100 percent renewables with just 6.7 percent coming from all forms of hydropower (and a whopping 54 percent from solar). These figures are far different from the Ministry of Energy’s analysis, which started with assumptions many critics disagree with. 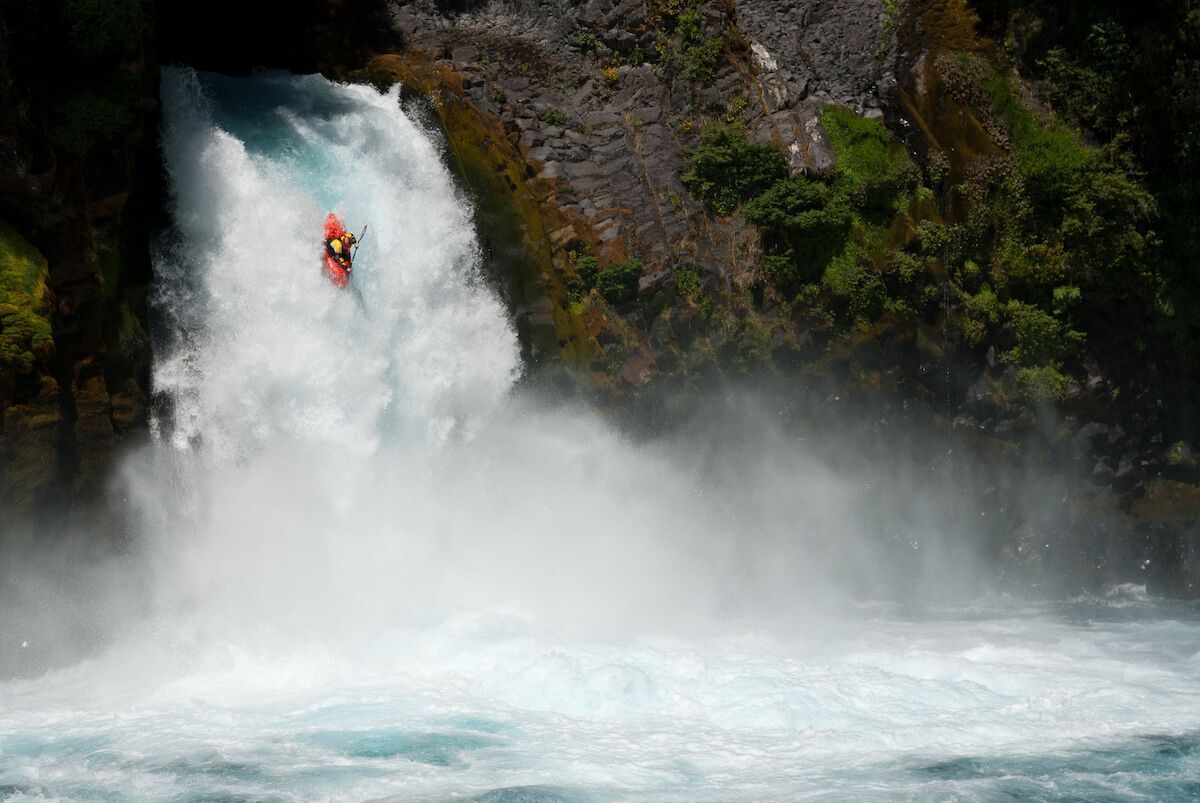 Kayak on the middle section of the Fuy River.Jakub Sedivy

Together, studies like those by Stanford and the NewClimate Institute show policymakers could be discussing ways for Chile to become a global leader by making sure energy policy and water conservation are both optimized for addressing climate change. The Stanford project’s director, Professor Mark Jacobson, highlights the need for informed policymaking. “I believe that getting information into the hands and minds of people is the most significant barrier that needs to be overcome to grow large scale implementation of renewables.” Better planning is needed not only for conservation but also to seek more ambitious emissions reductions and help the world achieve the goal of keeping global warming well below 2 degrees Celsius, as established by the Paris agreement.

In Chile the protection of rivers has yet to become a national priority, but the tide is shifting. One solution is to establish new legislation that would protect rivers due to their wild or scenic value. This model has worked in other countries and could be an effective tool in Chile, where several rivers still flow to the sea or have sections that are still undeveloped. It could also be incorporated into the national plan for climate change mitigation, proposed by researchers at the University of Chile’s Center for Climate Science and Resilience (CR2).

Juan Pablo Orrego of Ecosistemas argues the need to pass deep reforms that are not biased in favor of large hydro development. “Watersheds that empty into the sea are incredibly important for climate change. Their estuaries produce coastal habitats that are rich in phytoplankton, which act as tremendous carbon sinks. If you seek other sources of renewable energy, you are actually combating climate change just by keeping the rivers wild.”

The concerns of watershed advocates like Orrego echo an international consensus, as indicated in the U.N. Sustainable Development Goals. A scientific report presented during the Paris talks details how the goals include sustainable management of water resources. Specifically, target 6.6 focuses on “protecting and restoring water-related ecosystems, including mountains, forests, wetlands, rivers, aquifers and lakes” by 2020. But these ecosystems can’t be saved if countries like Chile decide that large dams are still the answer to climate change. And in March 2016, the UN excluded large hydro-electric dams (defined as above 50MWs) from its global calculations of renewable energies. Though the reasons it gave were difficulties measuring large dams as they come online and political uncertainties, the move is seen as an attempt to narrow in the definition of renewable energies. The international debate concerning large hydro is important for countries when planning for carbon reductions. 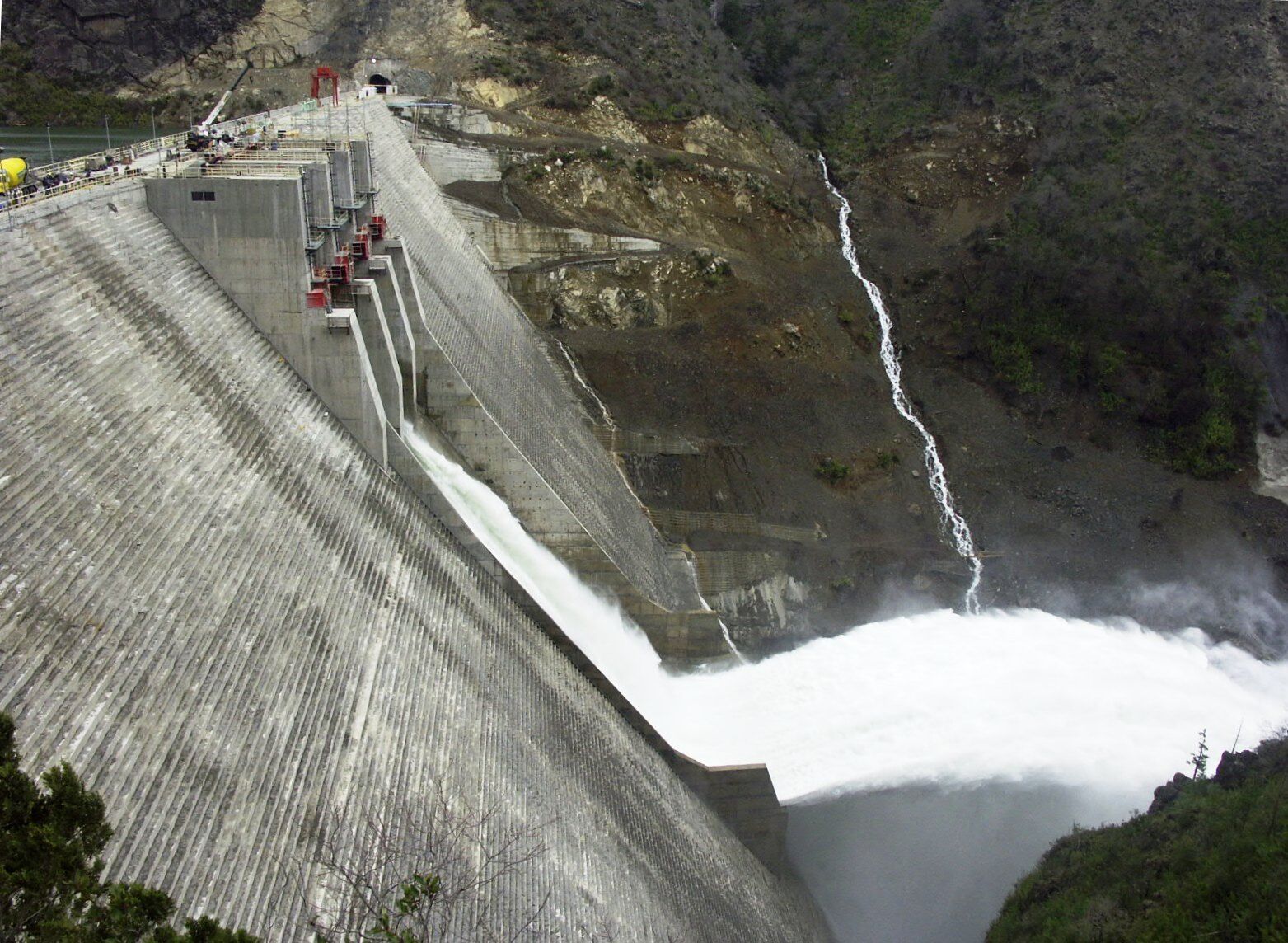 It remains to be seen whether the people designing Chile’s national energy policy can adjust. In January 2016, the same Committee of Ministers that invalidated the HydroAysén permit upheld the permit granted to build Energía Austral’s 640MW hydro project on Patagonia’s Río Cuervo. One month prior, they upheld the permit for the Mediterraneo project on the Puelo River (see Map.) Together these approvals suggest a political unwillingness to reverse plans that were already in place, even though the plans may no longer be relevant or needed to shift to a 100 percent renewable target. 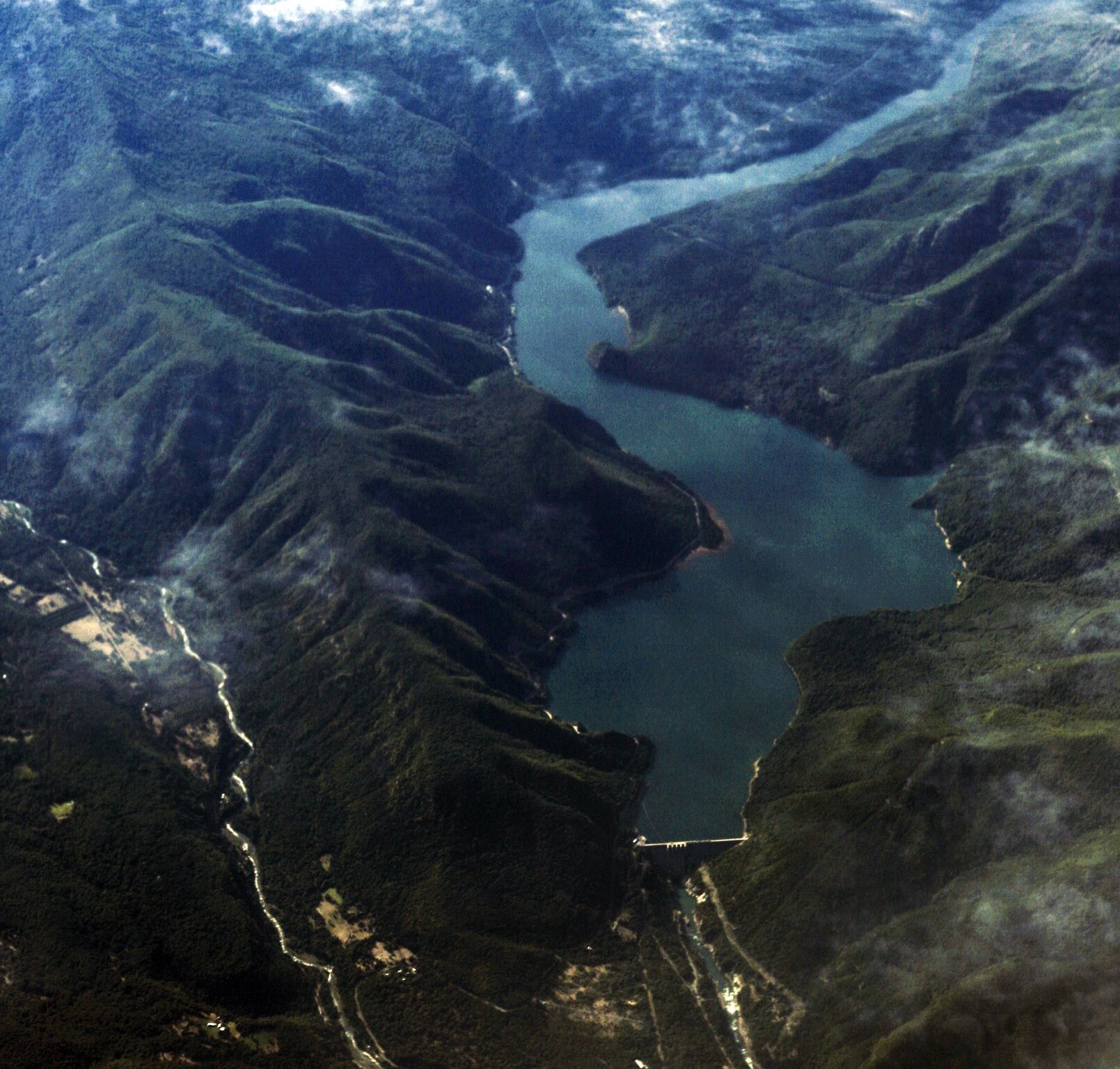 In economic terms, Patagonia’s rivers are important for inland communities that depend on sightseeing and adventure tourism. And they are critical for coastal communities that thrive on the same marine ecosystems that act as carbon sinks. These communities need nutrients carried to the sea by unobstructed rivers. Going forward, better information about the locations of these rivers can help inform both the public and policymakers about what is at stake if this energy policy isn’t turned around.

Rather than letting Patagonia’s rivers be dammed, diverted or destroyed, Chilean policymakers could incorporate river conservation into the country’s response to climate change. Doing so would demonstrate leadership over climate issues. By revising energy policy to exclude large hydro as a priority and establishing a river protection law similar to the “wild & scenic rivers” designation found in other countries, Chile could become a global leader on climate and ensure its rivers flow unobstructed from the mountains to the sea.

Patrick Lynch is an environmental attorney in Chile and participates in the Citizens’ Committee on Climate Change, which presents renewable energy studies to the Chilean government. Since 2013, he has served as International Director for Futaleufú Riverkeeper, a Patagonia-based NGO. This article was supported by an EcoPatagonia reporting grant from Patagon Journal in partnership with Earth Journalism Network. More info here.

This article was supported by an EcoPatagonia reporting grant from Patagon Journal in partnership with the Earth Journalism Network.