This is the final part of a three-part series where I discuss the current and upcoming battles of the “solar wars.” The three battles are net-metering, tariff reform, and grid defection. Here is the grid defect discussion.

The solar wars have two main combatants – the monopoly electric utilities, and the solar (PV) industry involved with consumers who wish to own or buy solar electricity directly. Utilities are not against solar, as this new technology gives them another method to generate electricity.

What utilities dislike is that their customers produce their own electricity by any means – such as solar, wind, and other on-site generators. This is called load defection. Some commercial customers are finding out that it may be cheaper to leave the grid entirely, as discussed in this 2016 article about Las Vegas casinos separating from NV Energy. This is called grid defection and will result in lower revenues for the utilities. This lowered revenue will lead to increased electricity rates, incentivizing other customers to load or grid defects.

For utilities, grid defection has always been an issue in the industrial sector. Large entities such as steel mills and cement plants have traditionally used coal or natural gas for on-site generated power  for their operations. Also, these large firms have employees such as electricians to maintain a microgrid if needed.

Since these large customers can create and manage their own electricity, utilities have negotiated directly with them on really low electric rates to keep them as customers. In some states, residential customers can pay 80% more per kilowatt-hour for their electricity. (http://bit.ly/2tAmPh7) We will now explore three main trends that will encourage further grid defections: Solar Power Purchase Agreements (PPAs), utility demand charges, and battery pricing.

As seen in the graphic below from 2015, the average solar PPA price fell 70% in just 5 years to below 5 cents per kilowatt-hour. More recently, solar prices have fallen even more dramatically to a new record low of 2.42 per kilowatt-hour . Also, important to note that this record of low pricing is unsubsidized. These low solar power contracts caught the attention of some of the casinos in Las Vegas, such as the MGM mentioned in the Las Vegas casinos article referenced above. The pricing for these solar power contracts were low enough for MGM to leave their utility and pay a $87 million exit fee!

Considering 2017 we will see even lower pricing due to another 20%+ drop in the average selling price for solar modules, as indicated by the Lawrence Berkeley Lab.

Typically, demand charges are applied to commercial and industrial customers only. This charge is based on the highest 15-minute interval of electricity use during the month’s billing period. These charges can be up to 70% of a customer’s bill. (http:// bit.ly/2rIAGQM) The demand charge is like another facility fee, and solar alone will not reduce this charge. This is one reason why commercial and industrial firms have not installed solar.

The other option a business has is grid defection. So now the economy may work well with PV, combined heat and power generation, and some amount of storage. This could involve either full grid defection or load defection. 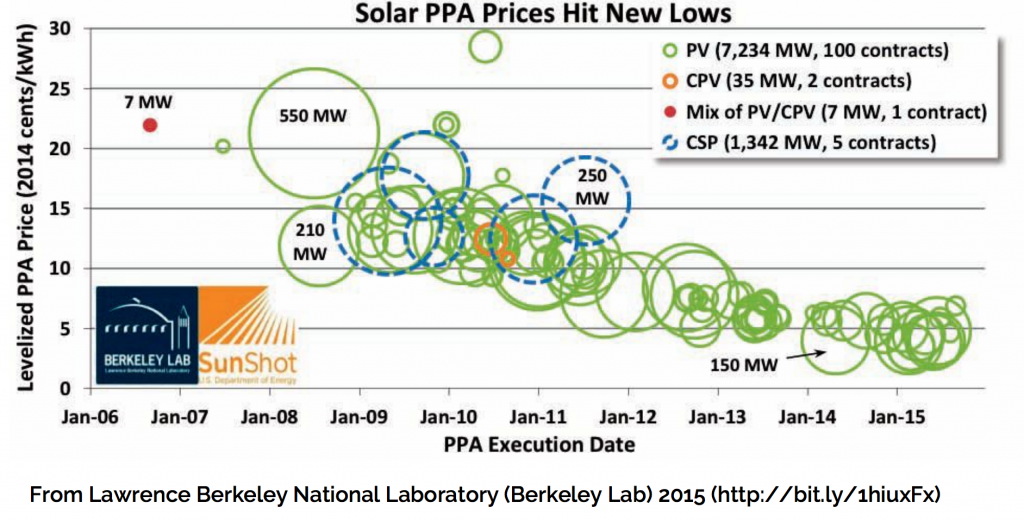 Tesla has not even fully ramped up its manufacturing yet. These much lower storage prices for small to medium-sized businesses will lead to more demand, charge shaving and grid defection options.

The combination of extremely low solar power pricing, falling battery pricing, and high demand charges will encourage more commercial entities to do what MGM did in Las Vegas – leave the grid, or load defect.

With these grid/load defection dynamics in mind, I see this as a positive for Tesla. Tesla has been an obvious choice since its acquisition of SolarCity and its positioning in solar and energy. Innovation will be the key, with not just cheaper options, but more elegant and innovative options.

We may also see residential installations with smarter inverters that enable customers to eliminate the need for net-metering agreements from their utilities. Innovation in this area would include smart software for charge control and energy curtailment. Innovation in this space would come from firms like Tesla and SolarEdge Technologies. 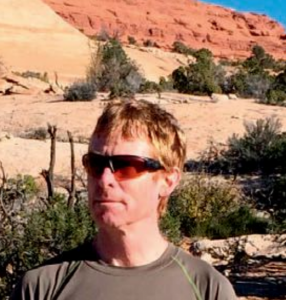 Your Florida Solar, Made Easy​ from the best solar providers near me, the best solar companies near me and the best solar installation companies near me!
1 Free Quote – Fill out the form above to get started! Request a free quote directly to your inbox, or schedule a call with a solar advisor to learn more.
2 – Consultation – A solar advisor will visit you on-site or setup a remote appointment to confirm the details of the report and answer any questions you have about your solar system.
3 – Sit Back & Save
We will handle the rest! By permitting installation, our experienced team will make it as easy as possible for you to start saving today!
Get Started Today – Call Florida Solar East1(866) 447-6527 []