One Year of a Coal CEO’s Salary Could Transition U.S. Coal Miners to Work in Solar Industry

With the renewable energy sector growing leaps and bounds in the U.S., many critics—ahem, Donald Trump—argue that a transition to clean power would lead to the displacement of workers in the fossil fuel industry. 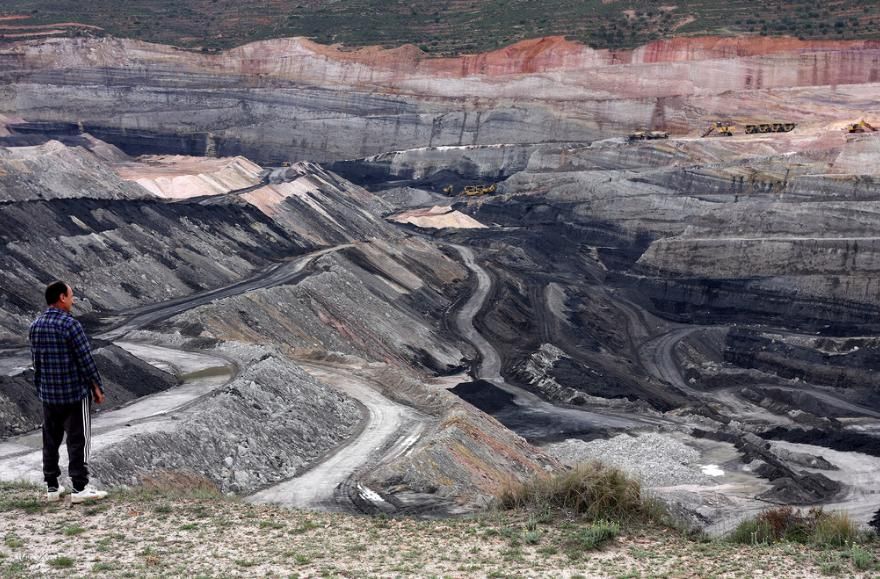 Coal and coal mining is a major threat to our environmentFlickr

Admittedly, these naysayers are not exactly wrong. Coal workers are genuinely worried as mines close and high-profile coal companies declare bankruptcy. Coal jobs are indeed on the decline, with the total number of employees at U.S. coal mines dipping to 74,931 employees in 2014, a decrease of 6.8 percent from the year prior. The Obama Administration’s carbon cutting policies that takes direct aim at coal plants, alongside a drop in natural gas prices are only fueling these concerns of job security.

But what if the coal industry could adapt?

In a new study published in the journal Energy Economics, researchers from Michigan Technological University and Oregon State University found that a “relatively minor investment in retraining” would allow most coal workers to switch professions to the booming and job creating solar energy sector.

“Our study found that this growth of solar-related employment could benefit coal workers, by easily absorbing the coal-industry layoffs over the next 15 years and offering full-time careers,” Joshua Pearce, the study’s co-author and associate professor of materials science and engineering at Michigan Technological University, wrote in Harvard Business Review.

Surprisingly, the researchers found that a coal CEO’s annual salary would be more than enough money to retrain every company employee to work in solar, as Green Tech Media explained from the study:

The study noted that the CEO of Consol Energy earned about $14 million in 2012, more than enough to retrain all of the company’s employees for jobs in the PV industry. Arch Coal, which has filed for Chapter 11 bankruptcy, paid its executives and directors more than $29 million in the year leading up to its bankruptcy filing, according to The Wall Street Journal.

Here’s how the team came to the study’s conclusion, as Pearce explained:

Using data from the Bureau of Labor Statistics, we looked at all current coal industry positions (from engineers to mining and power plant operators to administrative workers), the skill sets required for each (for example, specific degrees and amount of work experience), and their respective average salaries. For each type of coal position, we determined the closest equivalent solar position and salary. For example, an operations engineer in the coal industry could retrain to be a manufacturing technician in solar and expect about a 10 percent salary increase. Similarly, explosive workers, ordinance handlers, and blasters in the coal industry could use their sophisticated safety experience and obtain additional training to become commercial solar technicians and earn about 11 percent more on average.

Our results show that there is a wide variety of employment opportunities in the solar industry, and that the annual pay is attractive at all levels of education, with even the lowest skilled jobs paying a living wage (e.g., janitors in the coal industry could increase their salaries by 7 percent by becoming low-skilled mechanical assemblers in the solar industry). In general, we found that after retraining, technical workers would make more in the solar industry than previously in coal. However, managers and particularly executives would make less.

The study noted that the second option would only cost 5 percent of coal company’s revenue from a single year to provide “solar scholarships” to workers. Companies would also have the feel-good factor of taking care of their workers while diversifying their energy portfolios at the same time.

From a public and environmental health perspective, switching from a polluting energy source to clean, green solar would improve worker health and be better for the planet. As EcoWatch mentioned previously, coal-fired power plants are responsible for about 40 percent of the country’s emissions and collectively constitute the nation’s single-largest source of greenhouse gas pollution.

Naturally, this study paints a very optimistic view that a coal CEO or an entire industry would want to make such drastic changes. Green Tech Media pointed out that it would be an impressive feat to convince coal companies or government bodies to take up the study’s suggestions—especially for industry-backed politicians who promote coal as a political platform.

Additionally, as Green Tech Media mentioned, workers who live in states such as West Virginia and Kentucky, which do not have robust solar markets, would be forced to move to a different, solar-friendly state. Training employees for some solar-specific jobs would also require a new degree and several years of study.

However, as Pearce noted, “The writing on the wall for the coal industry is clear.”

“Price pressure from natural gas, wind and solar has been relentless,” he wrote. “Increasingly stringent environmental regulations to curb pollution continue to raise the costs of coal, and public perception of the industry continues to fall. The growing threat of liability due to inherent greenhouse gas emissions that come from coal combustion may climb to the hundreds of trillions of dollars. Young coal workers, in particular, should consider retraining for a job in solar now.”

On that note, Hillary Clinton, who has no plans to reverse’s President Obama’s climate mandates, has called for a $30 billion initiative to revive coal country partly through clean job transitions. And, in a speech Thursday in Michigan said, “Some country is going to be the clean energy superpower of the 21st century and create millions of jobs and businesses. It’s probably going to be either China, Germany or America. I want it to be us!”