In a win for clean water and public health, the U.S. Coast Guard quietly dropped its proposal today to allow barges on the nation’s rivers and inter coastal waterways to transport toxic fracking wastewater.

“Shipping thousands of barrels of toxic wastewater down the rivers we drink from was a recipe for disaster,” said Rachel Richardson, director of Environment America’s stop drilling program. “For the sake of our drinking water and our safety, we’re glad to see this bad idea put to rest.” 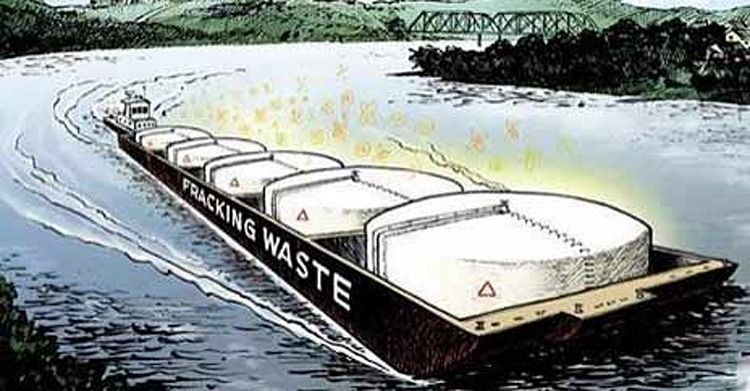 An Environment America Research & Policy Center report found that fracking operations produced 280 billion gallons of such wastewater in a single year—enough to cover DC in a 22-feet deep cesspool.

Despite its often dangerous contents, fracking wastewater is not considered hazardous by the federal government, and its transport, treatment and disposal is governed by a patchwork of federal and state regulations.

The October 2013 U.S. Coast Guard proposal came in response to a specific request by a tank barge, and was immediately met with widespread criticism. More than 98 percent of the 70,000 public comments submitted on the plan—including more than 29,000 collected from Environment America—were opposed. More than 100 organizations also called on the Coast Guard to drop its proposed policy.

While shipments of fracking waste could still be approved on a case-by-case basis, no such approval has ever been granted. Clean water advocates said they would remain vigilant and advocate against future applications that would ship fracking waste by barge.

“Until we ban fracking altogether, we need to limit Americans’ exposure to its harmful pollution every way we can,” said Richardson. “We’ll continue to work with our allies to keep fracking waste off barges and rivers altogether.”

This piece was updated Feb. 24 to clarify that fracking waste could still be shipped by barge on a case-by-case basis.