This morning, as the most recent round of trade negotiations between the U.S. and European Union (EU) began in Brussels, the Guardian reported a leaked document from the EU that reveals its intentions to include new, dangerous language in the proposed energy chapter of the Transatlantic Trade and Investment Partnership (TTIP). 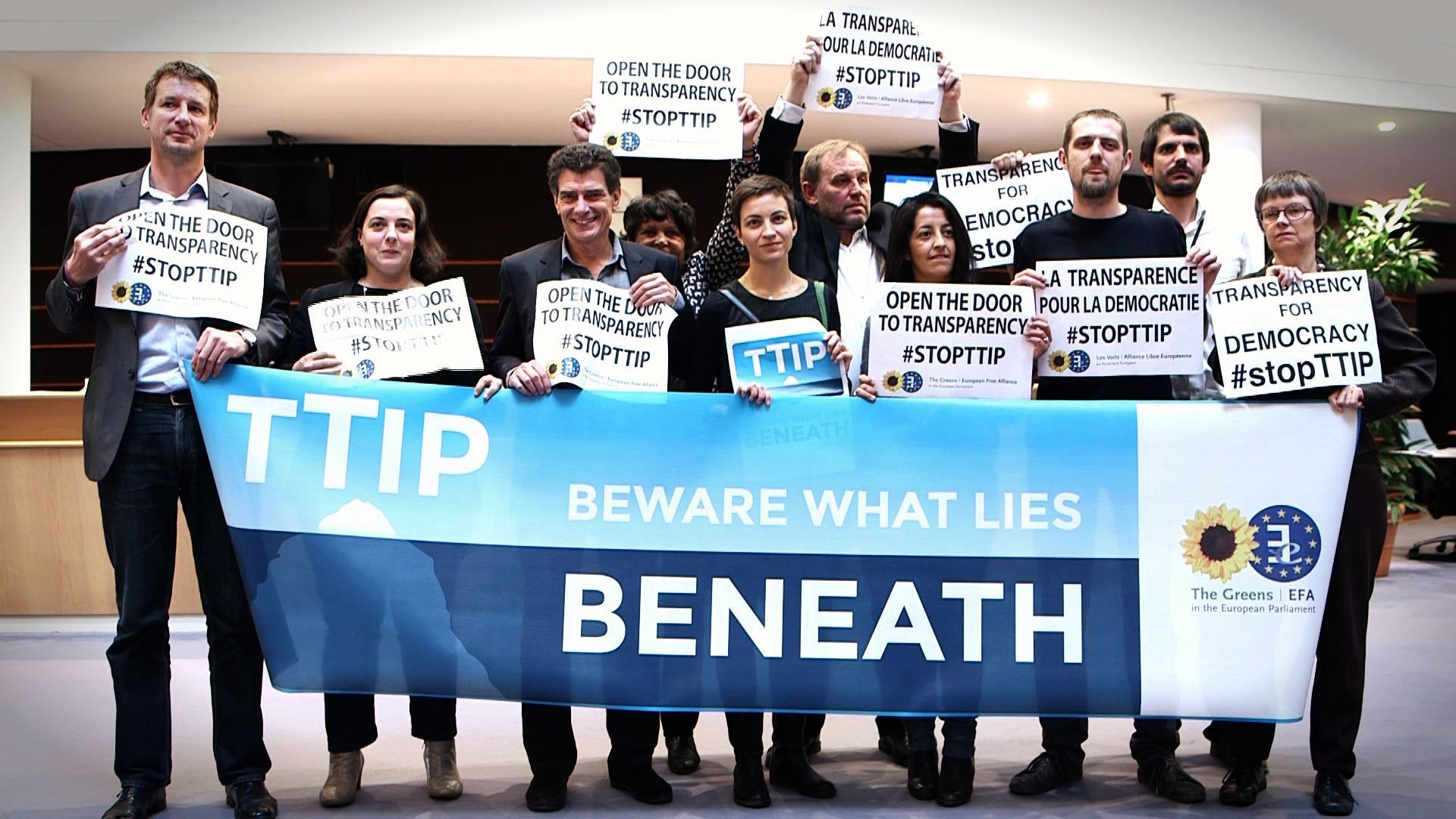 A Sierra Club analysis of the leaked TTIP proposal finds that it would:

• Require the U.S. and the EU “to eliminate all existing restrictions on the export of natural gas in trade between” the two parties;

• Undermine clean energy policies, such as renewable portfolio standards or feed-in tariffs, by stating that electricity utilities in the U.S. and the EU shall not discriminate “between types of energy” in granting access to the electrical grid;

• Threaten protections against destructive extraction of fossil fuels and natural resources in countries outside of the U.S. and EU.

“This leaked document goes farther than any past leaked or publicly available TTIP document on energy to reveal the threat that the deal poses to our efforts to protect our climate by fully transitioning to clean energy,” Ilana Solomon, director of the Sierra Club’s Responsible Trade Program, said.

“For example, never before have we seen a more explicit and sweeping assertion that all gas export restrictions in the United States should be wiped out under TTIP—a nightmare that would be a giant leap backward in our fight to keep fossil fuels in the ground. This leak, along with the similarly toxic Trans-Pacific Partnership, shows the immediate need for a new model of trade that protects working families, healthy communities and our climate.”

The leaked document, is the EU’s proposal for a Chapter on Energy and Raw Materials, sent from the European Commission to the Trade Policy Committee of the European Council on June 20. A cover note states that the textual proposal “is to be submitted to the United States in advance of the next negotiation round,” which began today. The Sierra Club’s analysis on key aspects of today’s leak can be found here. This is the latest in a string of uncovered TTIP documents. Other leaked TTIP energy proposals include a September 2013 leaked document and a May 2014 leaked document.

The leaked TTIP proposal would:

The EU uses a note in the leaked text to state that TTIP “must” include “a legally binding commitment to eliminate all existing restrictions on the export of natural gas in trade between” the U.S. and EU (see initial “disclaimer.”) This sweeping TTIP obligation would “eliminate,” the ability of the U.S. Department of Energy to determine whether it is in the public interest to export liquefied natural gas (LNG)—a fossil fuel with high climate emissions—to the EU, the world’s third-largest LNG importer. If included, this TTIP rule would facilitate increased LNG exports, greater dependency on a climate-disrupting fossil fuel, more fracking and expanded fossil fuel infrastructure.

The leaked TTIP proposal could undermine U.S. and EU policies that encourage clean energy production, such as renewable portfolio standards that require utilities to increase electricity from renewable sources or feed-in tariffs that give wind and solar power producers preferential access to the electrical grid. The EU’s TTIP proposal includes a new provision stating that electricity utilities in the U.S. and EU shall not discriminate “between types of energy” in granting access to the electrical grid, even though that is the very purpose of such U.S. and EU policies that require utilities to favor clean energy over electricity from dirty fossil fuels. The leaked text only allows “limited” exceptions to this rule. To qualify for such an exception, a government could have to prove to a TTIP tribunal that its clean energy policy was “necessary,” “objective” and “legitimate”—hurdles that public interest policies have failed to meet in past trade challenges (see Chapter on Energy and Raw Materials, Article 4.)

• Obligating the U.S. and the EU to “foster industry self-regulation” on energy efficiency

Another new EU proposal for TTIP states that the U.S. and EU “shall foster industry self-regulation of energy efficiency requirements” rather than using “mandatory requirements” that oblige corporations to boost the energy efficiency of their products (see Chapter on Energy and Raw Materials, Article 6.2.) The text prescribes this “self-regulating” approach when it “is likely to deliver the policy objectives faster or in a less costly manner” than actually requiring corporations to comply with energy efficiency policies. This provision could threaten the minimum efficiency requirements that the U.S. Department of Energy imposes through its Appliance and Equipment Standards Program on more than 60 types of appliances and equipment, from refrigerators to furnaces, which save consumers billions of dollars while cutting hundreds of millions of tons of climate pollution each year.

The proposed TTIP text includes a new provision that would encourage the U.S. and the EU to jointly pressure countries around the world to abandon protections against destructive extractive activities. The provision states that the U.S. and EU “shall cooperate” to “reduce or eliminate trade and investment distorting measures in third countries affecting energy and raw materials” (see Chapter on Energy and Raw Materials, Article 8). That is, the U.S. and EU must try to reduce or eliminate environmental policies in non-TTIP countries if they inhibit trade or investment in fossil fuels like oil, coal and gas; natural resources like wood; and minerals like copper and lead (all of which are included in the text’s definitions of “energy” and “raw materials”—see Chapter on Energy and Raw Materials, Annex I). Such TTIP-required pressure from the U.S. and EU would threaten many countries’ protections against fossil fuel extraction, logging and mining. This dangerous TTIP proposal undercuts the text’s weak proposal for the U.S. and EU to cooperate to “promote” positive goals such as “corporate social responsibility,” “the efficient use of resources” and “safety and environmental protection for offshore oil, gas and mining operations” (see Chapter on Energy and Raw Materials, Article 8).