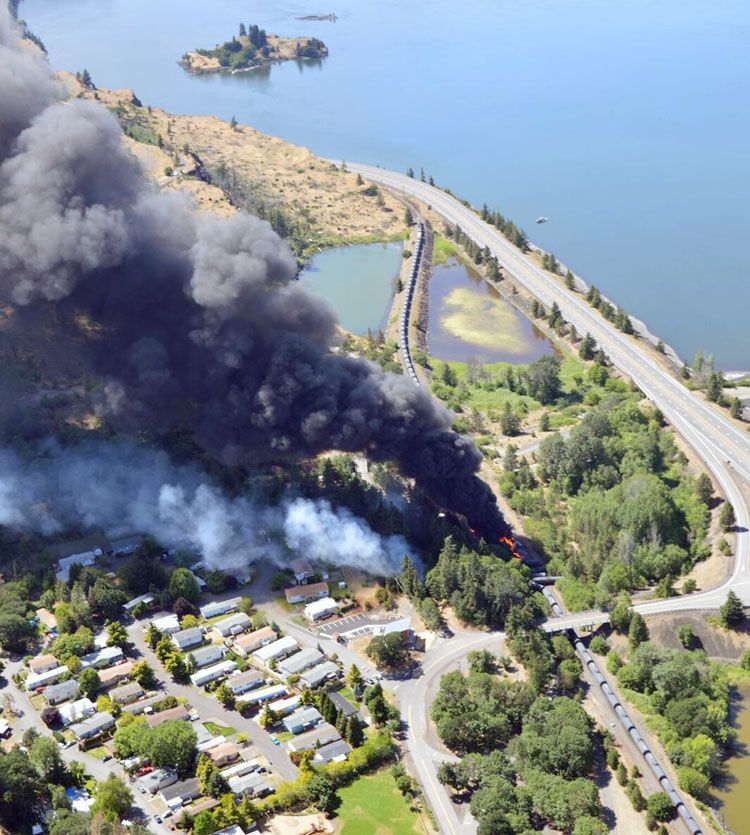 “I never thought I’d see an oil train derail and burn in my community,” Brett VandenHeuvel, executive director of Columbia Riverkeeper, said. “I watched in horror as the red flames and the black plume of smoke filled the air. How many more times will we threaten our schools and neighborhoods with dangerous oil. Enough is enough.” 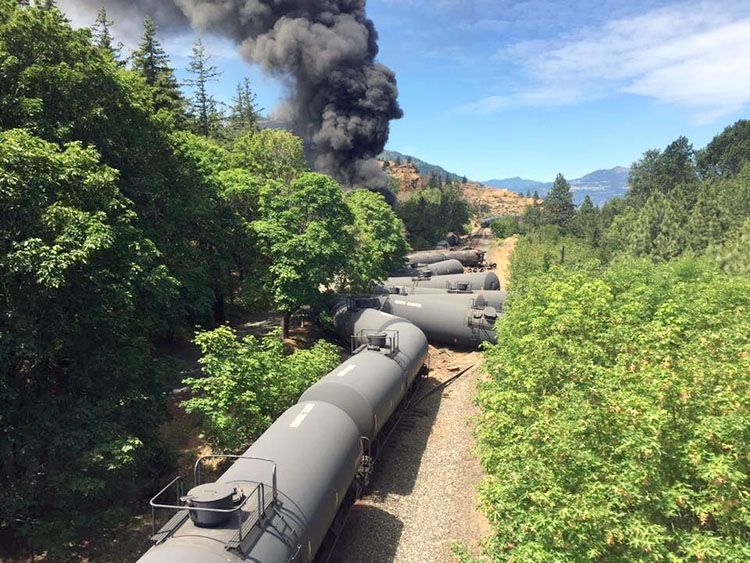 “This is what happens when we become a fossil fuel corridor,” VandenHeuvel continued. “We need more from our states than just cleaning up spills. It’s time for a commitment from Governors Brown and Inslee to prohibit the use of any state land or water for fossil fuel export.” 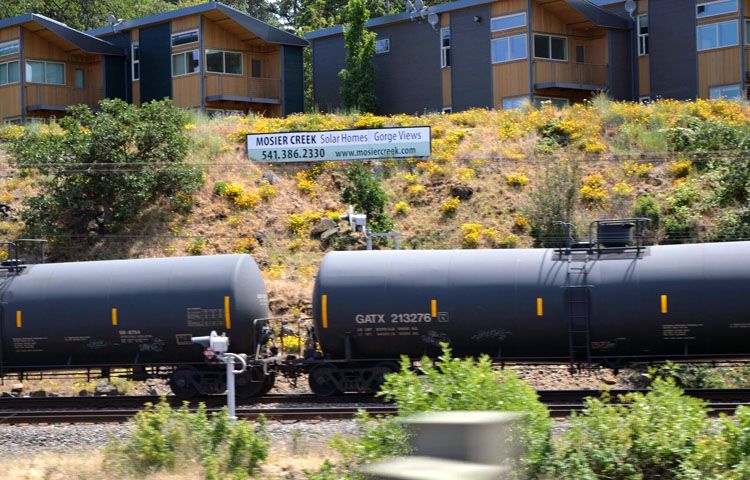 This is a tragic moment that has lived in the minds of many community members for a number of years. The escalation of oil trains in the Gorge and throughout the Pacific Northwest has been opposed by many city governments, faith communities, tribal councils and community organizations precisely for the reasons we are experiencing today as a result of the Mosier derailment.

Health and air quality, water contamination risks, fire risks and community safety are all being jeopardized. As we enter the hot summer season, we are also reminded of the reality of climate change and the role that fossil fuels play in endangering the future of all who live and breathe on the planet.

In response to the derailment in Mosier, there was a rally and march in Hood River at the Overlook Memorial Park Saturday calling for an end to dangerous oil trains and asking President Obama to support a ban on high risk oil train shipments through the Columbia Gorge and other U.S. communities. They were also calling on Oregon Governor Brown, Washington state Governor Inslee and federal leaders to deny proposed oil train terminals in the Pacific Northwest, proposals that would dramatically increase dangerous oil trains through the Pacific Northwest. 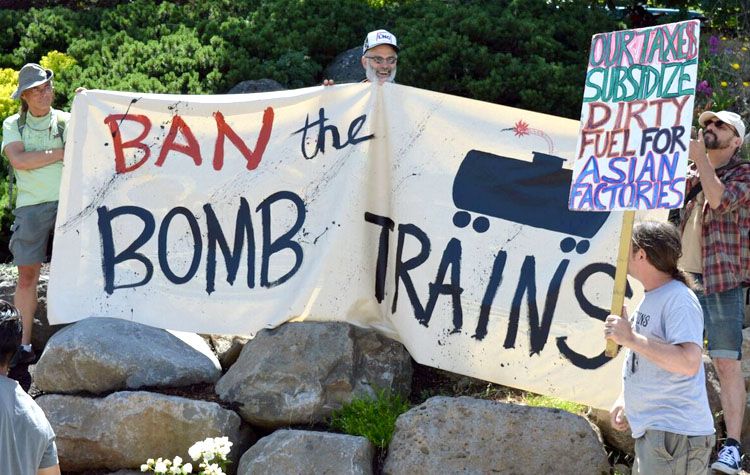 “The only silver lining is that this dramatic derailment should spell the end of the proposed Tesoro oil terminal in Vancouver,” VandenHeuvel concluded. “I can’t imagine how anyone could approve that project, and invite more trains, after this terrible derailment.”

UPDATE: The City of Mosier passed an emergency motion calling on the Union Pacific Railroad to remove all oil from damaged cars before rail traffic is reopened. Despite the resolution, Union Pacific pushed the derailed and damaged cars, some full of oil, to the side of the tracks and started the rail.

7 Charts Show How Renewables Broke Records Globally in 2015
What Will Finally Shut Down Diablo Canyon Nukes? Could a Bernie Win Help?