Southern forests are being burned for electricity, and a new campaign announced today aims to put an end to it. The Natural Resources Defense Council (NRDC) and Dogwood Alliance have launched Our Forests Aren’t Fuel to raise awareness of an alarming and rapidly-growing practice of logging forests and burning the trees as fuel to generate electricity.

At the forefront of burning trees logged from Southern forests for electricity are some of Europe’s largest utility companies, including Drax, Electrobel and RWE. Rising demand by these companies has resulted in the rapid expansion of wood pellet exports from the Southern U.S. The American South is now the largest exporter of wood pellets in the world. Recent analyses indicate there are 24 pellet facilities currently operating in the Southeast and 16 additional plants planned for construction in the near-term. Market analysts project that annual exports of wood pellets from the South will more than triple from 1.3 million tons in 2012 to nearly 6 million tons by 2015. All of the South’s largest domestic utilities, including Dominion Resources and Duke Energy, are also beginning to burn wood with plans for expansion in the future. 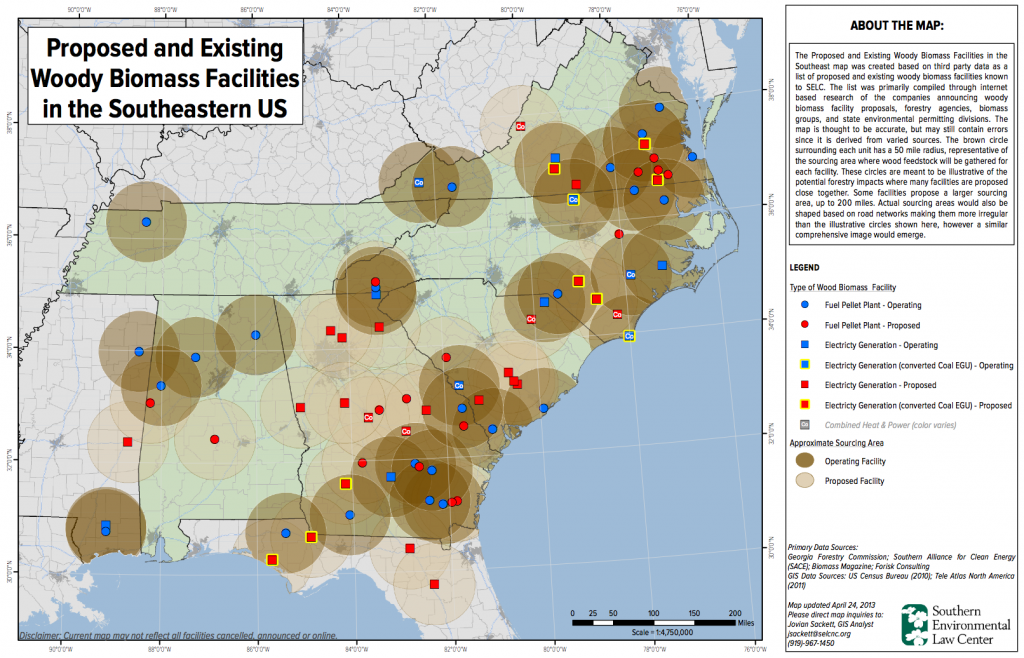 This map shows proposed and existing woody biomass facilities located in the southeastern U.S. The brown circles surrounding each unit represent a 50-mile radius, showing the area where each facility would gather its wood. The circles are illustrative of the potential impact on our forests. The map is based on third party data, primarily compiled through Internet-based research. Click the image to view the PDF.

“With the advancement of clean, renewable energy alternatives, the growing practice of burning trees for electricity is a major step in the wrong direction,” said Debbie Hammel, senior resource specialist of the NRDC. “Our Forests Aren’t Fuel lets the public know about the extent of this ecological devastation and calls on utilities to end the practice. It’s an even dirtier form of energy production than burning fossil fuels, it destroys valuable southern ecosystems and it isn’t necessary.”

“This rapidly expanding trend of burning trees for energy will both accelerate climate change and destroy forests,” said Danna Smith, executive director of Dogwood Alliance. “Southern forests not only protect us from climate change, but protect our drinking water, provide habitat for wildlife and contribute to our quality of life. We need these companies to stop burning trees for electricity and embrace a clean energy future that helps to protect, rather than destroy forests.” 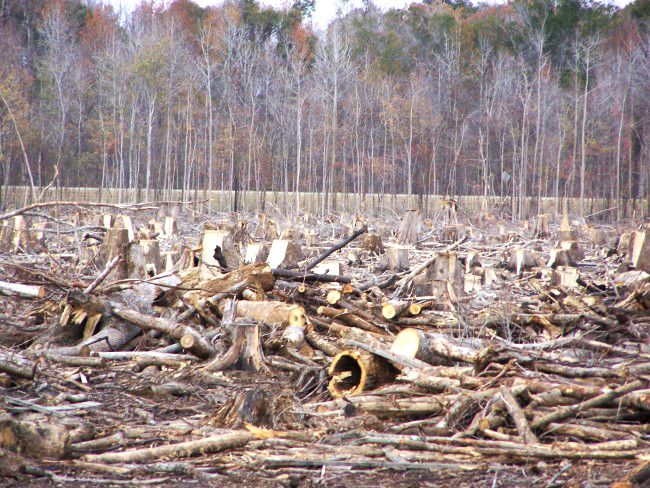 Energy from burning trees—or biomass—has been widely promoted as a form of renewable energy along with technologies like solar, wind and geothermal. Over the past two years, however, mounting scientific evidence has discredited biomass from forests as a clean, renewable fuel. Recent scientific reports document that burning whole trees to produce electricity actually increases greenhouse gas pollution in the near-term compared with fossil fuels and emits higher levels of multiple air pollutants. This fact, combined with the negative impacts to water resources and wildlife associated with industrial logging have discredited whole trees as a clean fuel source. But current European and U.S. renewable energy policies and subsidies encourage the burning of trees as a “renewable” source of energy for power generation, helping to facilitate the rapid increase in demand for trees from Southern forests to burn in power plants.

Consequently, a new industry is spawning in the South. Companies like Maryland-based Enviva, the South’s largest pellet manufacturer, are grinding whole trees into wood pellets to be burned in power stations in Europe while also supplying wood to domestic utilities like Dominion Resources. New evidence that Enviva may be relying at least in part on the harvesting of wetland forests has recently emerged. Georgia Biomass, a wholly-owned subsidiary of the German utility RWE Innogy, is also manufacturing millions of tons of wood pellets annually to be burned in European biomass facilities. 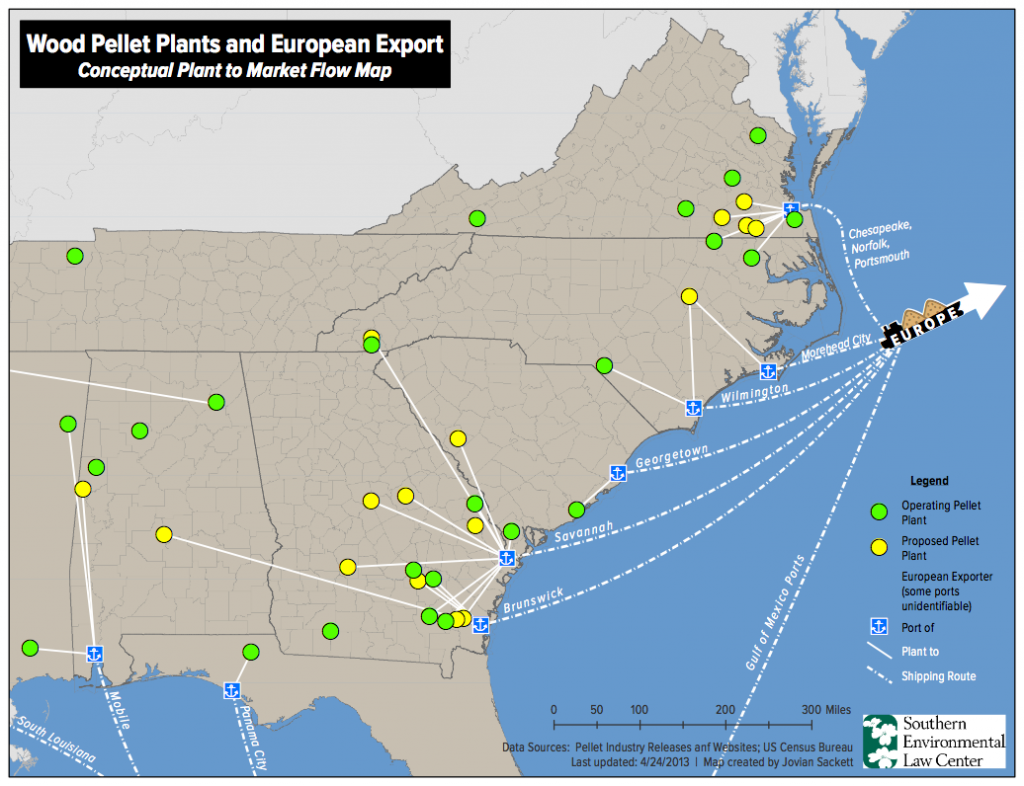 The demand for wood by European utilities has exploded, causing American plants in the Southeast to ramp up their production of wood fuel. In 2012, the U.S. was the largest exporter of wood pellets in the world. Click image to view the PDF.

“Our Forests Aren’t Fuel” organizers reveal the scope and scale of the growing biomass industry through a series of case studies on the campaign website that include wood pellet manufacturers, domestic utilities and European utilities. Particular emphasis is placed on the following companies: