Solar is on track for another record-shattering year. According to a new report from GTM Research and the Solar Energy Industries Association (SEIA), the U.S. solar industry will install 14.5 gigawatts of capacity in 2016, nearly doubling the 7.5 gigawatts in capacity installed in 2015. 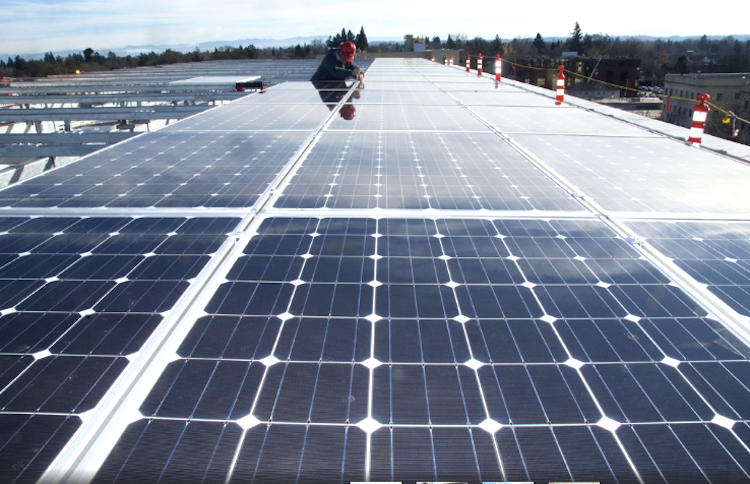 The U.S. solar market will nearly double in 2016, thanks to large-scale projects led by utilities. Photo credit: Flickr

Solar—a pollution-free, renewable resource—will help the country move towards the low-carbon future it needs. In fact, 2015 was the first time solar exceeded natural gas capacity additions on an annual basis.

And now, just in the first quarter of 2016, solar made up 64 percent of new electric generating capacity, which is more new capacity during this period than coal, natural gas and nuclear combined.

“This growth cements solar energy’s role as a mainstay in America’s portfolio of electricity sources,” the report noted. 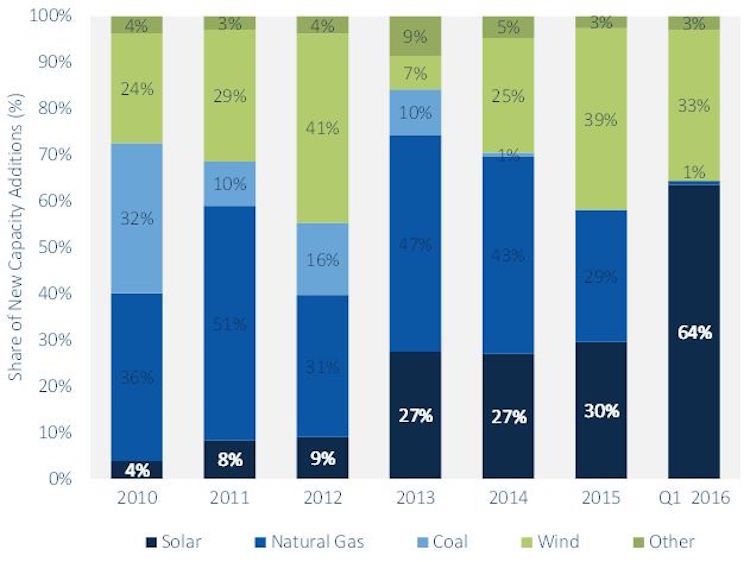 California, North Carolina, Massachusetts, Nevada and New York had the top solar markets in this quarter, with overall price for all solar systems dropping 8.8 percent.

The report said that residential solar installations have increased 34 percent from the prior year. Commercial and industrial customers installations rose 36 percent. More than one million solar photovoltaic installations are now operating across the country.

“While it took us 40 years to hit 1 million U.S. solar installations, we’re expected to hit 2 million within the next two years,” said Tom Kimbis, SEIA’s interim president. “The solar industry is growing at warp speed, driven by the fact that solar is one of the lowest cost options for electricity and it’s being embraced by people who both care about the environment and want access to affordable and reliable electricity.” 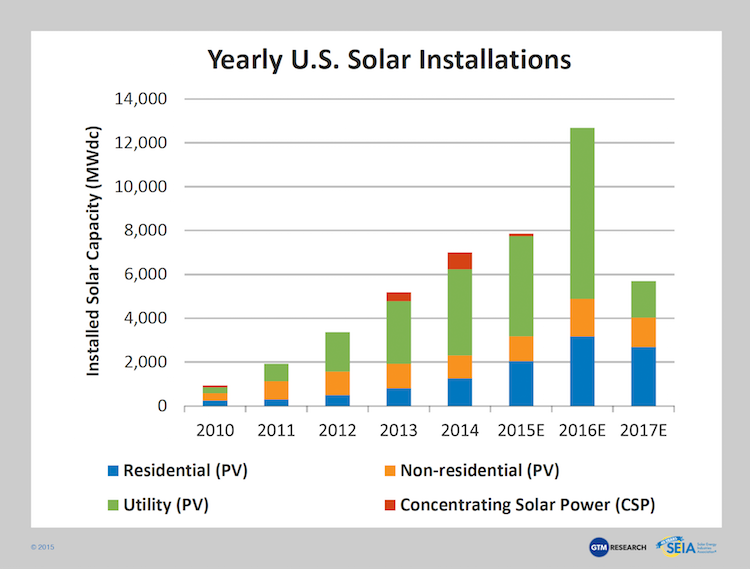 As Reuters noted, the solar industry’s remarkable growth was due in part to utility companies scrambling to bring their solar projects online before the expiration of the Solar Investment Tax Credit, a 30 percent federal tax credit for both residential and commercial projects that was supposed to expire at the end of 2016. That credit, however, was extended through the end of 2019.

According to Reuters, “utilities in many markets are procuring solar as a hedge against volatile natural gas prices, the report said, pointing to the sharp drop in the price of utility-scale solar in recent years.”

GTM said in its report that the extension of the federal tax credit will spur more than 20 gigawatts of additional solar capacity by 2021. However, the utility-scale market is expected to contract next year and in 2018.

100 Solutions to the World’s Most Pressing Challenges