The World Is Going Solar 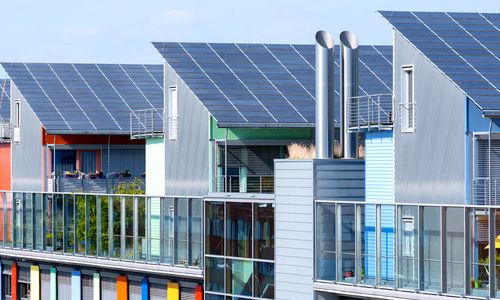 The solar sunship is in the solar village Vauban in Freiburg, Black Forest, Germany.

For the first time ever in Germany—the cloudiest country in western Europe—solar power and other forms of renewable energy created more energy and electricity production than dirty coal. And, in June, Germany set a solar power record, using solar power to generate 50 percent of overall electricity demand for part of a day.

That’s a typical evolution for a developed country (that’s not controlled by the financial interests of Big Oil). But what if the dozens of developing countries across the globe, that are still stuck in the 18th century and that still rely on burning wood for energy, jumped directly to renewable energy and leapfrogged the whole carbon cycle?

Can you imagine how that would transform the fight against global warming and climate change? Well, that’s exactly what’s going on right now in rural India.

Right now, there are nearly 400 million people across India without electricity, with the majority of those people living in rural areas of the country. They’re forced to rely on candles, kerosene and burning wood to light their homes and to do basic things like cooking. The stunning lack of reliable energy production in one of the world’s fastest growing countries led the new Indian Prime Minister, Narenda Modi, to call for every home across India to be able to run at least one light bulb by 2019 with the help of solar power. He didn’t call for more coal to be burned, or for more oil wells to be dug. He called for solar power.

That’s where companies like Simpa Energy come in. Simpa Energy offers Indians a pay-as-you-go model for solar power, allowing even the poorest Indians in the most rural of areas to have access to clean, green solar power. Simpa Energy customers use their cell phones (which even the poorest of the population have) to purchase a pre-paid code from Simpa, which they then type into a box connected to a solar panel array on their house. Instantly, their home lights up, and they have access to clean and green energy for cooking, cleaning, reading and anything else.

Right now, Simpa Energy, which was started just three years ago, has nearly 2,000 customers (a customer being one household) and that number is growing by the day. The company projects that its solar power will be reaching 75,000 people across India by the end of this year. But Simpa isn’t the only company bringing affordable solar power to India.

Companies like OMC Power are building “mini” solar power plants in communities across India that are capable of powering large cell phone towers, and are marketing battery-powered LED lanterns. OMC delivers those lanterns to its customers each day, and comes back the following morning to collect the lanterns, and recharge them using the mini solar power plants. This service costs Indians just $2 per month. 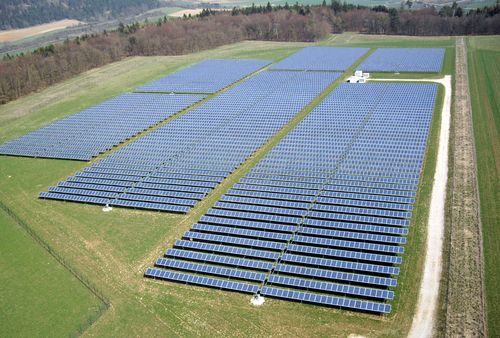 And there are still other companies that are distributing smaller solar power generators and systems—some that are pocket-sized—across India. A recent report by the International Energy Agency found that it would only cost $48 billion a year to provide universal access to modern energy (renewable forms of energy) to poor people across the world. And, that same report found that there needs to be a $12 billion per year additional investment in mini-grid renewables, like the solar power systems that are expanding across India.

Speaking about the financial challenges facing solar and other forms of renewable energy going forward, Rupesh Shah, a vice president at Simpa Enegy, told Think Progress that, “We’re at a certain scale now that we require a different level of investment. We were able to get by in the first couple of years with grants and things like that, but now we need more commercial capital.”

And Justin Guay, associate director of the International Climate Program with the Sierra Club, said, “What is desperately needed is public institutions to step in and provide loan guarantees and other forms of risk-taking capital that can help unlock the investment that’s required to really take this from a relatively distributed, small-scale approach to something that really takes on energy poverty and is able to eliminate this problem once and for all.”

The bottom-line is that solar power and other renewable forms of energy are the energy of today and of the future, in both developed and developing nations. Not coal. Not oil. Not natural gas. And as the richest country in the world, we need to finally embrace that fact, and lead the world in investing more in these clean and green energies that will be powering our country into the future.

Each year, Big Oil receives $500 billion in government subsidies. Can you imagine what would happen if that $500 billion went to investing in developing renewable sources of energy instead? Despite what Big Oil executives and their cronies in Washington might say, going green isn’t just a choice. It’s reality.

It’s the only option we have if we want to save the human race from a climate disaster. So, let’s start treating it like that, by investing in a secure energy future for America, and the rest of the world.