One graphic says so much about how far solar has come and how bright its future looks.

A friend and former colleague—my business partner from when I worked in solar—recently shared a graph showing the drop in the prices of solar panels and the growth in worldwide installations of solar. 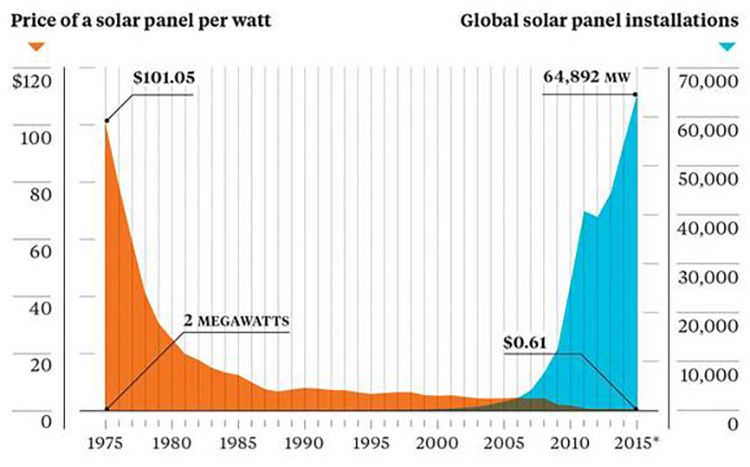 My buddy pointed out where prices stood at the beginning of the period shown in the graph, 40 years ago; what panels cost when he launched operations in one Latin American country 30 years ago; and where things were when he and I launched another operation a decade later. And he mentioned the incredibly low price he had paid, just the day before, for modules to feed one of those operations.

Those declining cost numbers—the steady move toward lower and lower prices for solar panels—tell an amazing story about an industry that has been relentless in its pursuit of relevance, in its drive to become a mainstream power option. The steady ramp-up in solar installation numbers shows how successful that effort’s been.

How Green is My Valley

What struck me in looking at those data was the valley nature of the graphs together.

As a former entrepreneur, I’m acutely aware of the “valley of death” in business. Not the Psalm 23 type and not the version that awaits the unfortunates in a Tennyson-style Light Brigade charge. In business, it refers to the valley (sometimes wide and deep) between a business venture’s proof of concept and its commercial success.

What I see in the solar graphic, by contrast, is a story of progress and achievement. A picture of ruddy health, of success. A valley of life, if you will. 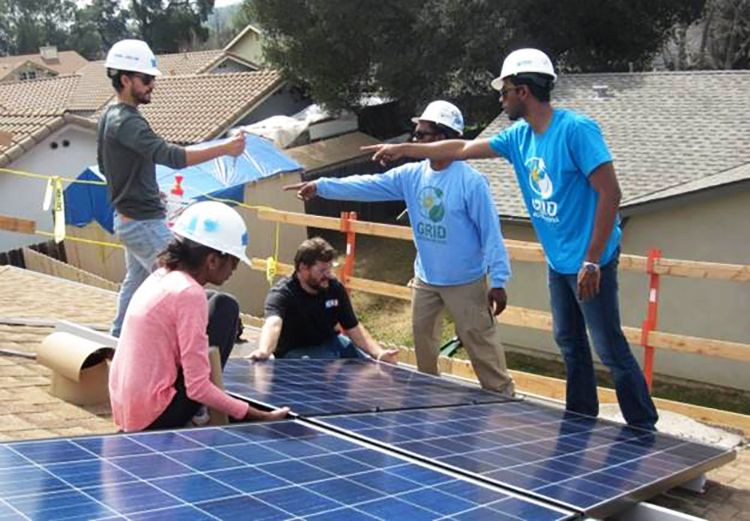 But solar’s valley of life is such a powerful topographical feature that it’s worth keeping in mind as we think about technologies and options for cleaning up our energy, about how well policies and innovation and customers and companies can fit together when the stars align.

Solar is now an important contributor not just to the power grid in leading states, but also to economic development and job creation. And, thanks to cost reductions, state policies and the extension of the important federal tax credits for it and other renewables, solar is set to have another record-breaking year in the U.S. in 2016.

So the valley of life seems set to keep getting deeper, as solar costs and prices continue to drop and taller, as solar installations soar.

Those price drops help my old colleagues and the rest of the solar industry, do their thing and helps in the important work of expanding solar’s reach. And all that in turn helps us to move toward the clean energy mix that will serve us all so well economically, security-wise, environmentally.

The solar valley sure seems like a landscape feature worth embracing. To life!

John Rogers is a senior energy analyst at the Union of Concerned Scientists with expertise in renewable energy and energy efficiency technologies and policies.

Renewable Energy Surges to Record-Breaking Levels Around the World